From LGBT Archive
(Redirected from Britannia)
Jump to: navigation, search

During the Roman Empire the area now known as England formed the major part of the Province of Britannia, having been conquered by the Emperor Claudius in AD 43.

After the Romans left it was settled by Anglo-Saxon tribes, which formed a number of kingdoms. England is considered to have been united as a single Kingdom in 927 by King Æthelstan of Wessex. The Kings of England became Lords of Ireland during the 12th century, and conquered Wales during the 13th Century. The Crown of England was united with that of Scotland on the accession of King James I in 1603.

For many legal purposes England and Wales are treated as a single unit. Since the devolution in the other parts of the United Kingdom, some UK Acts of Parliament now apply to England only. 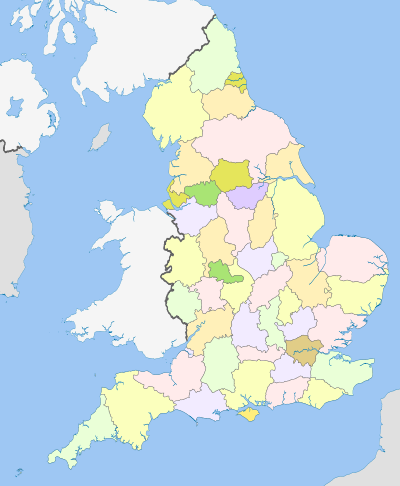 Local government in England has been reorganised several times in the 20th century. The country is currently divided into 48 ceremonial counties as shown on the map above. Within individual ceremonial counties there are a number of different arrangements:

For police services in England and the rest of the UK (with map), see Police.

Homosexuality was punished by law in England from the Buggery Act 1533 and was decriminalised in stages starting with the Sexual Offences Act 1967. See Age of consent for more details.

For the LGBT history of particular parts of the country, click the county name on the map above.

For LGBT subjects not related to a particular area, search for the item in question, or try browsing Category:Main categories.