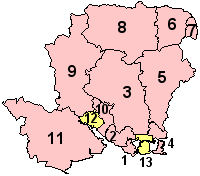 The ceremonial county also includes two unitary authorities, the City of Portsmouth and the City of Southampton.

Christchurch and Bournemouth were originally in Hampshire, but were transferred to Dorset in 1974.

George Ives was brought up in Hampshire and the south of France. 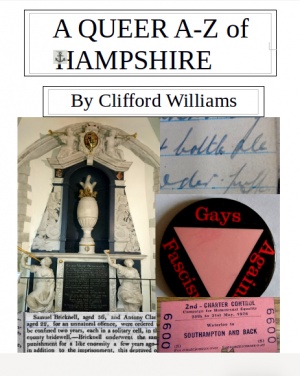 Booklet published in 2019 about the LGBT+ History of the county

Healthy Gay Hampshire is an HIV prevention service covering most of the county.[1]

Hampshire Pride has been held in Winchester since 2015, with a parade starting at the University of Winchester.

Kroma was an empowering and enabling organisation for the LGBT+ communities, their families and friends, within Portsmouth, Gosport, Fareham and Havant. It closed down in 2019.

Y-Services and Break Out provide LGBT groups for young people in the county.