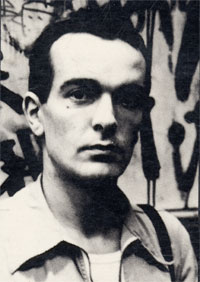 He was born in Carlisle as Christopher Pius Mary Kirk, and studied American Literature at Nottingham University, where he first came out as an openly gay man and founded the University’s first Gay Liberation Society. He performed in several student drama productions, (on one occasion appearing as the Devil in Christopher Marlowe’s Dr Faustus, completely naked apart from a large leather phallus). After graduating he obtained a number of theatre jobs, including working as a theatrical dresser for Tommy Steele and Benny Hill.

In the early 1980s he moved to London, and changed the spelling of his name to "Kristopher", writing under the byline of "Kris Kirk". He worked as a journalist for Gay News and Gay Times'. In 1984 he also began writing about the pop scene for Melody Maker, becoming the first openly gay music journalist in the UK. He also wrote numerous freelance articles for music publications, including Smash Hits and The Face and for other publications such as The Guardian and City Limits.

In 1988, Kris Kirk moved to rural Wales to open a secondhand book shop with his boyfriend, photographer Ed Heath. In 1991 he was diagnosed with AIDS and reluctantly returned to London for treatment. He went blind the following year. With equipment supplied by the RNIB, he was able to carry on writing, and in June 1992, he wrote an article on his condition for Gay Times, "Descent Into Darkness", becoming one of the first people with AIDS to come out publicly.

"As long as I have my friends, my family, my fags, my coffee, my opera tapes and my writing I guess I shall tootle along, even though I may not have all my coat buttons done up properly. Life is for living and I am trying to live it as well as I can. But I suppose that I feel that when death finally comes I shall be ready for it. Perhaps that is what life is all about."

Kris Kirk collaborated with Ed Heath, to write Men In Frocks (1984), an illustrated survey of the history of British cross dressing, ranging from Army camp shows during World War II to 1980s rock musicians. Another book about gay men and pop, provisionally titled The Vinyl Closet was commissioned but never finished.