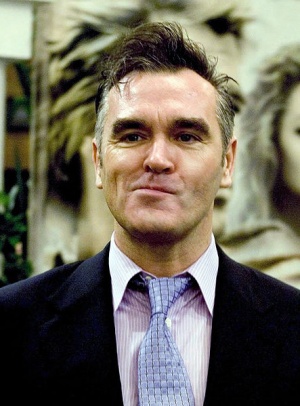 Morrissey in 2004
Morrissey (Steven Patrick Morrissey, born 1959) is a singer and lyricist.

Morrissey was born in Davyhulme, and had an early interest in pop music. From 1982 to 1987 he was the lead singer with The Smiths. Since then he has mainly had a solo career.

In 2013 he revealed in his autobiography that his first serious relationship had been with a man (Jake Walters) putting an end to years of speculation about his sexuality.[1]