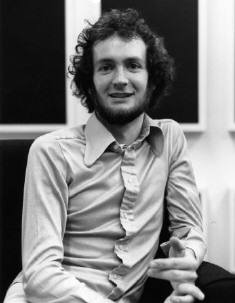 He was born in Seaforth, Lancashire on Christmas Day 1944 into a Catholic family. His birth name was Maurice James Christopher Cole.[1] Everett attended the local secondary modern school, St Bede's Secondary Modern, now part of Sacred Heart Catholic College. He attended a junior seminary at Stillington near York with an Italian missionary order, the Verona Fathers, where he was a choirboy.

Everett married the singer Lee "Lady Lee" Middleton in 1969. By 1979 they had separated, and in the mid-1980s, he publicly acknowledged his homosexuality.

Everett was diagnosed as HIV positive in 1989, and he made his condition known to the public in 1993.[2] He died from an AIDS-related illness, in the Royal Borough of Kensington and Chelsea, on 4 April 1995, aged 50. After a Roman Catholic requiem mass, Everett was cremated at Mortlake Crematorium.[3]