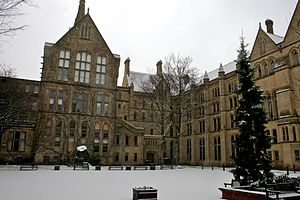 Manchester University Homophile Society is the first University Gay Society listed in Scott-Presland's history of the CHE. It is listed as existing in 1969 and was an active group in the 1970s.