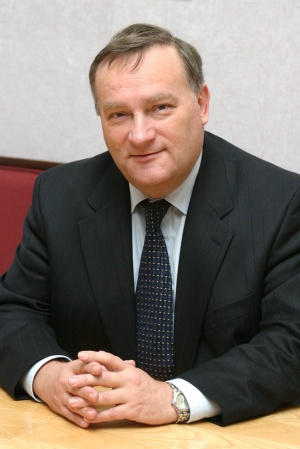 He was brought up in Tunbridge Wells and studied at Manchester University. He has been MP for Newcastle upon Tyne East since 1983. He has served as Minister of Agriculture, Fisheries and Food, and Minister of State for Work and Pensions, and was the Government's Chief Whip from October 2008 to May 2010.

In 1998 he was forced by the News of the World to announce that he is gay. This he did with characteristic good humour, telling an audience of farmers: "It's a lovely day. The sun is out - and so am I."[1]

In 2009 the Pink Paper listed him as one of the 50 most powerful gay, lesbian and bisexual people in British politics.