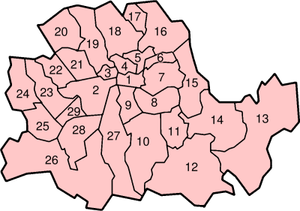 When the LCC was abolished, its education functions were transferred to a new body, the Inner London Education Authority (ILEA). Its headquarters was at County Hall on the South Bank, which became the headquarters of the Greater London Council.

Lord Rosebery, later Prime Minister and suspected bisexual, was the first chairman of the LCC.