From LGBT Archive
(Redirected from Greenwich)
Jump to: navigation, search 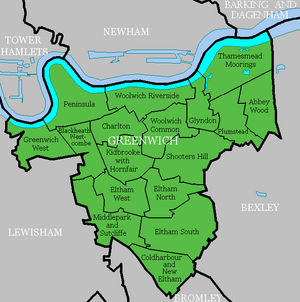 Greenwich is notable for the magnificent former Royal Naval College facing the river, plus the National Maritime Museum and the former Royal Observatory, which defines the Greenwich Meridian (0° longitude) and Greenwich Mean Time. The North Greenwich peninsula is the site of The O2 (formerly the Millennium Dome).

In 1984 a Greenwich Gay and Lesbian Rights Group was based at 18 Haddo Street, Greenwich, S.E.10. In 1986 a Lesbian and Gay Centre was opened in Bowater Road, Charlton. The centre was renamed The Metro Centre in 1994. The centre relocated to Greenwich High Road in 1997.

The George and Dragon is a local gay pub.