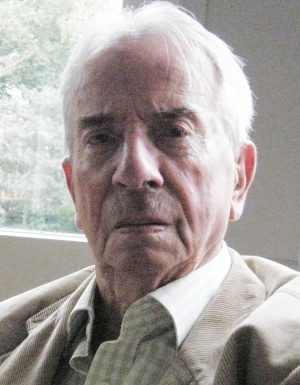 He was employed locally by a Rhodesian radio station in the Congo from 1959. He continued as a broadcaster in Central Africa in Rhodesia and in the Zambian copper belt up to 1964. In 1960, he met Robin Day who asked him to freelance as a journalist for the BBC. As a result, he was recruited in 1964 as a journalist to the BBC Radio at Portland Place, London. He remained with the BBC until his retirement in 1987, with a 4-year break as a senior journalist at London Broadcasting Company.

In the early 1970s Peter was active in the Campaign for Homosexual Equality, becoming chairman of CHE's London Group 9 and subsequently London Group 11.[1]

In 1972 he co-founded the Gay Writers Group (later the Gay Authors Workshop).[2]

From 1984 to 1989 Peter was chair of the Pimpernel group for older gay men in South London. For part of that time he was President of SLAGO; he gave the keynote speech in the SLAGO conference in 1999.[3]

Peter Robins has been described as "a man of great wit and some acerbity."[4]

Towards the end of his life Peter lived in Croydon, where he died on New Year's Eve 2016.

Peter wrote many books on a gay theme from the early 70s, including: