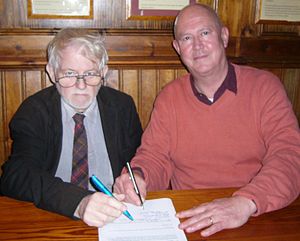 The November 2010 meeting of CHE's Executive Committee agreed to commission Peter Scott-Presland to write the book. The contract was signed by CHE Secretary Griffith Vaughan Williams, less than two weeks before his death. The book was originally scheduled to be finished by mid-2012,[1] but is taking longer than originally estimated, because of the vast amount of material in the CHE archives and elsewhere.

It is now planned to issue the book in three parts. 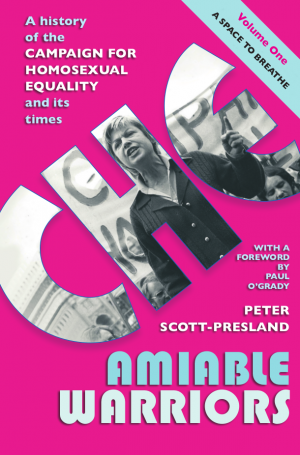 Cover of Volume One, featuring Jackie Forster
Volume One, entitled A Space to Breathe, is published in hardback form by Paradise Press. It was launched at the LGBT History Festival in Manchester in February 2015, and has gone through four impressions.[2]. It contains six chapters plus bibliography, timeline and list of local groups:

Volume Two is planned for release in 2018. The date for Volume Three is not yet fixed.