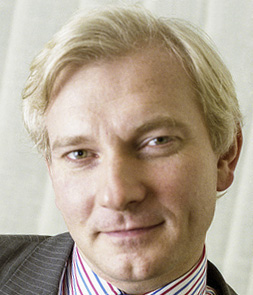 He was born in Pontefract in West Yorkshire, went to school in Scarborough and read history at the University of York, where he read History and was chairman of York University Conservative Association in 1967–1969. He became a leading member of the right-wing Monday Club.

He was elected as MP for Basildon in 1979. He was considered to be on the right wing of the Conservative Party, and advocated paying commonwealth immigrants to return to their original countries. In the 1983 general election the Basildon constituency was divided, and he became MP for tne new Billericay seat.

In June 1986, The People newspaper published claims that Proctor had taken part in spanking and caning male prostitutes, aged between 17 and 21, in his London flat. The age of consent for same-sex sexual relationships was still 21 at the time, and the following year he was charged with gross indecency and stood down at the general election. At his trial in May 1987, Proctor pleaded guilty and was fined a total of £1,450.[1][2]

Following his resignation, Proctor opened a shirtmakers firm, Proctor's, in Richmond, London.[3] The shop was launched with a £75,000 fund organised by Tristan Garel-Jones MP.[3] A second shop was later opened in Knightsbridge. Several Conservative politicians invested in the shop, including Michael Heseltine and Jeffrey Archer, and by 1994 eleven Conservative MPs were shareholders in its parent company, Cottonrose Ltd.[3] Proctor's shirts were also worn by the Prime Minister, John Major.

In 1992, Proctor was a victim of a homophobic attack in his shop. Neil Hamilton MP was present at the time, and defended Proctor, suffering a broken nose. Two men were later imprisoned for the assault.[4][1]

By 1994 the shops were £150,000 in debt, Proctor said that "It has been quite a struggle to survive. It has not been helped by press comment every six months that we are closing down".[4] The shops went into liquidation in 2000.[1]

In 2003 Proctor became the Private Secretary to the 11th Duke of Rutland at Belvoir Castle, Leicestershire.[5][6]

On 5 March 2015, Proctor's home, on the Belvoir estate, was searched by the Metropolitan Police as part of their investigation into allegations of historical child sexual abuse. The search was part of Operation Midland. Proctor denied any wrongdoing,[7] and retired from his job with the Duke and Duchess of Rutland.[8]

Proctor was questioned by the police regarding the allegations in June and again in August 2015. He denied any suggestion of wrongdoing, calling the inquiry a "homosexual witch hunt". Speaking to Channel 4 News about his decision to go to the press, he said:

"I got angry and fed up at the ‘drip, drip, drip’ approach of information getting onto the media about what I was supposed to have done, or not done. I thought it was best if I revealed all, so individuals can make their own judgement. I knew I had not done any of the things that this person has alleged. I cannot possibly believe that the other people can have done these things either."[9]

He added that it is “inconceivable” that he would even socialise with Edward Heath, because the pair despised each other.[9]

"I'm a homosexual. I'm not a murderer or a paedophile. I'm completely innocent of all these allegations."[10][11]