London Borough of Richmond upon Thames

From LGBT Archive
(Redirected from Richmond)
Jump to: navigation, search 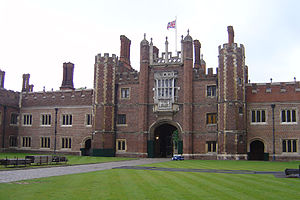 Richmond upon Thames was formed in 1965 by merging three former boroughs:

Richmond upon Thames is the only London Borough that extends on both sides of the Thames.

The Wandsworth-Richmond CHE Group was formed in September 1972.[1] It was renamed CHERP (CHE Richmond and Putney) in 1978; in 1983 it merged with CHE Kingston to form KRAGS (Kingston and Richmond Area Gay Society.[2]

The lesbian group Kenric was originally based in Kensington and Richmond, hence the name.

The Richmond upon Thames LGBT Forum was founded in 2007.[3]

The Richmond Arms was a long-established gay pub.