Chris Heaume (1949- ), a retired gay youth worker, was a pioneer in helping to establish better youth services for gay young people. He was supportive in the early years of the London Gay Teenage Group.

Trained in youth work in Exeter and then worked in West Ham, London. In 1975 three young gay men asked Chris Heaume, a full-time youth worker in Islington, to help them develop a group for gay teenagers. Over five years the young people established the unique and highly successful London Gay Teenage Group, radically breaking ground in setting up a unique youth agency, gaining formal recognition by the National Youth Agency and the Inner London Education Authority, and funding to employ their own workers and to deliver a research project. 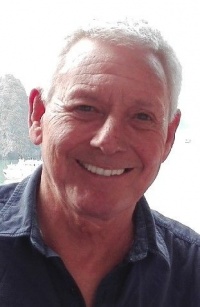 In 1976 he was involved in establishing a Gay Youth Workers Group. This was initially known as "Sexual Awareness in the Youth Service" (S.A.Y.S.) [1]. Chris was closely involved in the ILEA Gay and Lesbian Youth Workers’ Group and the national Joint Council for Gay Teenagers, setting a wide base of support and professionalism for the LGTG and other gay and lesbian youth groups.

Previously he had been actively involved in his own youth club in Guernsey, volunteered for a year in a youth home in Germany, helped set-up the first gay student group Point of Contact at St. Luke’s College, Exeter, where he trained as a teacher and youth worker, and was an active member of the Exeter branch of the Campaign for Homosexuality Equality. From 1974 until 2014 Chris worked to help young people find support and progress towards work in London. Front-line roles included that of Warden at West Ham Youth Centre, Manager of Islington Green School Youth Centre, detached street and community worker at the Kentish Town Project, project leader at the National Youth Agency to develop a national youth work curriculum, Assistant Principle for Student Affairs and Marketing at Tower Hamlets College, and as CEO of Central London Connexions for 12 years leading a major new programme of young people's support including 350 front line staff and 50 managers. He was an associate Ofsted inspector 2003 to 2008.

Following retirement from full time work in 2013, Chris followed the transfer of his husband to Germany where he led an Erasmus exchange programme for London youth development managers (with Partnership for Young London where he remains a trustee) to explore the routes to work for young people in Germany, and had an active role with Düsseldorf Aktiv to support young refugees to enter apprenticeships. Part of a gay/lesbian family group in London, he is father of twin sons.

Chris received an OBE in 2008 for services to young people in London. In 2012 Chris was interviewed by Lucy Delap as part of a Men and Masculinities project [2].