The Joint Council for Gay Teenagers was an organisation formed in 1978 as a response to the success of the London Gay Teenage Group, establishing the need for and success of youth-led youth clubs for young gay people. JCGT aimed to encourage such initiatives as the LGTG nationally, through publicity and through helping groups to make connections with each other. Publicity aimed at the youth work and gay press was provided through press releases on the rationale and methodologies for gay youth work, supported by a series of leaflets and two booklets 'I know what I am'(1980)[1] and 'Breaking the Silence'(1981) [2]. 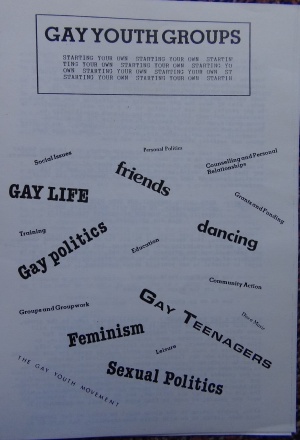 JCGT enabled groups to link through a series of events including 2 youth camps in the Peak District, and weekend visits between London and Liverpool groups. The JCGT was set up by two youth workers who were members of the management committee of the London Gay Teenage Group; Jonathan Walters and Chris Heaume, and linked closely with community activists such as Michael (Micky) Burbidge. The JCGT helped to establish the Gay Youth Movement (GYM) which was set up in 1980. Following the development of the GYM, the JCGT disbanded, it's mission having been achieved. Formal closure was approved at a meeting on 30 August 1982 when the Management Committee agreed 'over the next year' that the JCGT 'will be wound down and all its areas of work absorbed by the Gay Youth Movement' [3]. 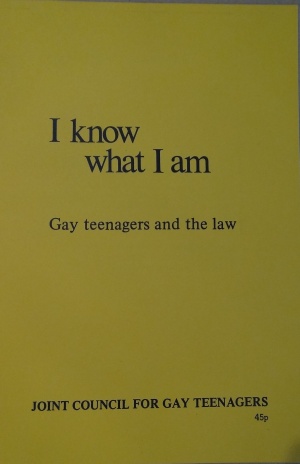 Courage to be: Organised Gay Youth in England 1967-1990, A history of the London Gay Teenage Group and other lesbian and gay youth groups, by Clifford Williams, is due to be published in 2021 (the Book Guild). The book includes the history of the JCGT and the Gay Youth Movement.