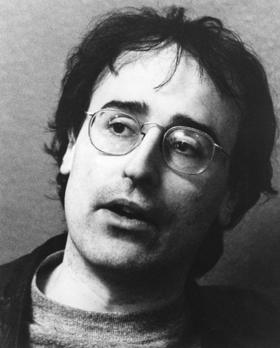 He was born in Chester and educated at St Paul's Cathedral, and Ardingly College. While still a schoolboy, he wrote a trumpet concerto, a film score, three major cantatas, a number of ensemble and choral works, and three operas.[1] He wrote his opera, The Duchess of Malfi while studying music at Worcester College, Oxford. During this time he was one of the first people to make contact with the Oxford CHE Group, which was then being set up.[2]

He wrote many other operas, a musical based on the life of Blondel, and the score for the BBC Radio series The Lord of the Rings. He was a frequent guest on Radio 4's Stop the week. He died of AIDS-related complications aged 42.

"His early death was a tragedy, and a particularly intense one since he did not live to see either the widespread acceptance of homosexuality or the rapidly improved treatments for Aids, which came in the next decade."[3]