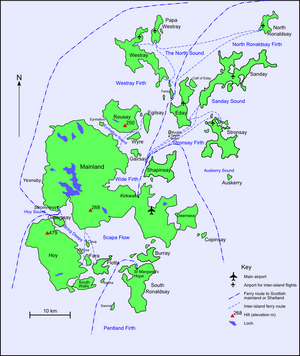 In 2007 there was a controversy when the Orkney Council refused to let Sir Peter celebrate his civil partnership on Sanday, insisting he would have to travel to Kirkwall for it.