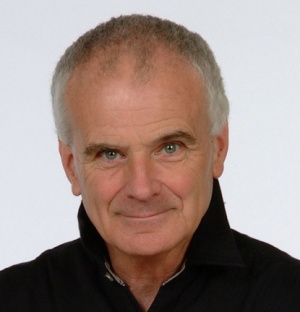 Davies was born in Salford and educated at Leigh Grammar School, Greater Manchester. He began composing from an early age. He studied at the University of Manchester and Manchester School of Music. After graduating in 1956, he studied on an Italian government scholarship for a year in Rome before working as Director of Music at Cirencester Grammar School from 1959 to 1962.[1] He later studied in the USA, and was composer in residence at the University of Adelaide, Australia. In 1971 he settled in the Orkneys. He lived with his civil partner, Colin Parkinson, on the Orkney island of Sanday.

In 1977 he founded the St Magnus Festival in Orkney. In 1979 he featured in a two page article,'safer out than in', in Gay News [2]. He received a knighthood in 1987. He was appointed Master of the Queens's Music in 2004, succeeding Malcolm Williamson.

In 2007 he accused Orkney Council of homophobia when he was not allowed to have his civil partnership ceremony on the Sanday Light Railway, but would have to travel to Kirkwall for it.[3][4]

Sir Peter was a patron of the Diversity Choir.