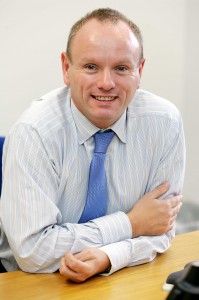 He lives with his civil partner, Angelo Crolla, in one of the three properties he owns in Barnet.[1]

In 2009 the Pink Paper listed him as one of the 50 most powerful gay, lesbian and bisexual people in British politics while he was still only a parliamentary candidate. However he was not widely known known to be gay amongst fellow MPs until he went public at the time of the debate on equal marriage in 2013.[2]

He was listed under "politicians" in the Pink List 2013.