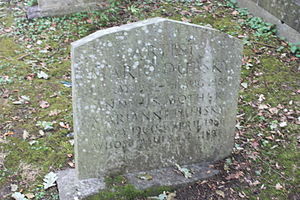 Mario Dubsky (1939 - 1985) was an artist born in London to Viennese Jewish parents who had converted to Christianity.[1]

Accepted at the Slade School of Fine Art at the unusually young age of 17, Dubsky's early work was influenced by the work of the Anglo-Jewish artist David Bomberg, a Slade School alumnus of 40 years earlier.[2] Dubsky was included in the New Generation show at the Whitechapel Gallery in 1966 and 1968. Awarded a Harkness Fellowship, he traveled to New York, where he lived from 1969 until 1971 In New York, Dubsky and John Button co-created a large mural[3] in paint and collage at the then headquarters of the Gay Activists Alliance. The mural was lost in the arson attack that destroyed the building.

In the late 1960s, Dubsky developed a more abstract colour field manner of painting with figuration, as in the large-scale Laocconese[4] of 1968 at University College London, named after the classical sculpture, the Laocoon.

From the 1970s, Dubsky liked to sketched prehistoric bone and skeleton forms at the Natural History Museum[1][5] and returned to expressionist figuration. His last solo exhibition X Factor at South London Gallery in 1983 contained Cabaret Valhalla[6] now held by the Tate Galler. His poems and illustrations in Tom Pilgrim's Progress Among The Consequences of Christianity, London, 1981.[7] with an introduction by Edward Lucie-Smith, was claimed by the artist as his angry response to the 1977 Blasphemy Trial of Gay News.[8]

Dubsky died on 4 August 1985 following a period of illness caused by HIV infection[1] and is buried in the eastern section of Highgate Cemetery alongside the main west path.

Dubsky's work is held in a number of public collections.[9]