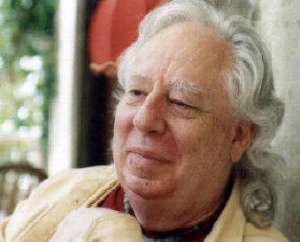 He was born in Kingston, Jamaica, moving to the United Kingdom in 1946. He was educated at The King's School, Canterbury, and read History at Merton College, Oxford from 1951 to 1954.[1]

After serving in the Royal Air Force as an Education Officer and working as a copywriter,[1] he became a full-time writer (as well as anthologist and photographer). He succeeded Philip Hobsbaum in organising "The Group", a London-centred poets' group.[2]

At the beginning of the 1980s he conducted several series of interviews, Conversations with Artists, for BBC Radio 3. He is also a regular contributor to The London Magazine, in which he writes art reviews. A prolific writer, he has written more than one hundred books in total on a variety of subjects, chiefly art history as well as biographies and poetry.

In addition he has curated a number of art exhibitions, including three Peter Moores projects at the Walker Art Gallery in Liverpool; the New British Painting (1988–90) and two retrospectives at the New Orleans Museum of Art. He is a curator of the Bermondsey Project Space.[3]