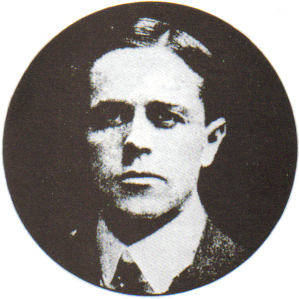 Ives was born in Germany, the illegitimate son of an English army officer (Gordon Maynard Gordon-Ives) and a Spanish baroness. He was raised by his grandmother, Emma Ives. They lived between Hampshire and the South of France. He was educated at home and at Magdalene College, Cambridge, matriculating in 1885 and receiving his BA in 1892. Ives received an MA in 1900.His grandmother Emma died 14 Mar 1897 [1].

Between 1892 and 1949 he amassed 45 volumes of scrapbooks containing cuttings on topics such as murders, punishments, freaks, theories of crime and punishment, transvestism, psychology of gender, homosexuality, cricket scores, and letters he wrote to newspapers. 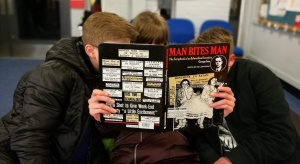 Ives met Oscar Wilde at the Authors' Club in London in 1892. Wilde was taken by his boyish looks and persuaded him to shave off his moustache, and once kissed him passionately in the Travellers' Club. Ives was already working for the end of the oppression of homosexuals, which he called "the Cause". He hoped that Wilde would join in this, but was disappointed. In 1893, Lord Alfred Douglas, with whom he had a brief affair, introduced Ives to several Oxford poets whom he also tried to recruit.

By 1897, Ives created and founded the Order of Chaeronea, a secret society for homosexuals, named after the Battle of Chaeronea (338 BC) where the Sacred Band of Thebes (composed of pairs of male lovers) was finally annihilated. Members included Charles Kains Jackson, Samuel Elsworth Cottam, Montague Summers, and John Gambril Nicholson. The same year, Ives visited Edward Carpenter at Millthorpe.

in 1911 Ives was living at 196 Adelaide Road, London.He employed his life-long friend James Goddard (born 1868 Bentworth, Hampshire) as his valet. Goddard's wife and children were also employed by Ives during their lifetimes.[2].

In 1914, Ives, together with Edward Carpenter, Magnus Hirschfeld, Laurence Housman and others, founded the British Society for the Study of Sex Psychology. He also kept in touch with other progressive psychologists such as Havelock Ellis and Professor Cesare Lombroso. The topics addressed by the Society in lectures and publications included: the promotion of the scientific study of sex and a more rational attitude towards sexual conduct; problems and questions connected with sexual psychology (from medical, juridical, and sociological aspects), birth control, abortion, sterilization, venereal diseases, and all aspects of prostitution. In 1931, the organisation became the British Sexological Society. Ives was the archivist for the Society, whose papers are now held by the Harry Ransom Center at the University of Texas. 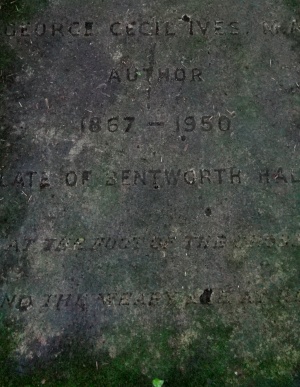 According to Andrew Lycett, Ives was the model for Raffles, the fictional Victorian gentleman thief created by E W Hornung, brother-in-law of Sir Arthur Conan Doyle.[4] Lycett says that Hornung "may not have understood this sexual side of Ives' character", but that Raffles "enjoys a remarkably intimate relationship with his sidekick Bunny Manders."