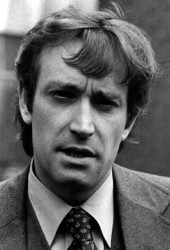 He originally worked in accountancy and later in a record shop in South London. He became involved in the Gay Liberation Front and then in Gay News becoming its editor in August 1972 (it had been published by a collective since June that year).

Denis Lemon took the decision to publish James Kirkup's poem The Love that Dares to Speak its Name in Issue 96 of Gay News (June 1976). Mary Whitehouse instituted a private prosecution against him for "blasphemous libel", and Gay News Ltd and Denis Lemon were found guilty at the trial in July 1977. Denis Lemon was fined £500 and sentenced to nine months' imprisonment, suspended for 18 months (subsequently quashed by the Court of Appeal). The trial imposed a strain on his health, and he sold the paper in 1982.

After Gay News Lemon published Gay Reporter, fortnightly like Gay News. Gay Reporter ceased publication after four issues [1]. Lemon then became a restaurateur in Exeter. He died of an AIDS-related illness in 1994.[2]