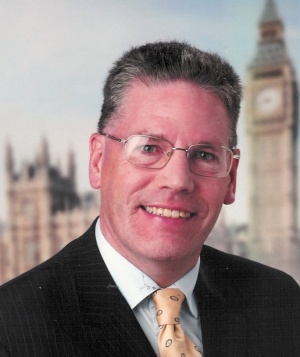 He was born in Huddersfield, and studied at Lanchester Polytechnic (now Coventry University). He was MP for South Ribble from 1997 to 2010, and has also served as a councillor on Preston City Council and Lancashire County Council.

David Borrow came out as gay in 1998 so that he could speak honestly during the age of consent campaign. He also contributed articles to the gay rights magazine Outcast.

He formed a civil partnership with John Garland, his long standing partner, in May 2006, the first MP to do so.[1]