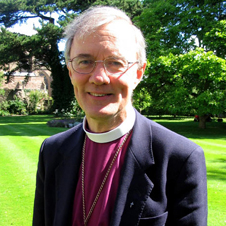 He was ordained in 1972 and began his ordained ministry as a deacon in New Addington, Surrey, before taking up posts in the diocese of Oxford. He was Bishop of Warwick in the Diocese of Coventry from 1996 to 2004, and Bishop of Hereford from 2004 until his retirement in 2013.

In 2005 he was criticised by the Evangelical Alliance for having ordained a trans woman to the priesthood.[1]

In 2006, he interviewed John Reaney who was being considered for the post of youth officer in the Diocese of Hereford. Reaney was then turned down for the post and brought proceedings in an Employment Tribunal, claiming unlawful discrimination on the basis of sexual orientation.[2] MR Reaney was not in a sexual relationship but could not assure Priddis that he would remain celibate. The proceedings were successful and Priddis was found to have acted unlawfully by discriminating.[3][4][5] The diocese failed to agree a settlement and in February 2008 was ordered by the Employment Tribunal to pay Reaney over £47,000 in compensation.[6] The Employment Tribunal also said that it expected Priddis to undergo equal opportunities training.[6] Priddis was subsequently named Bigot of the Year in the Stonewall Awards for 2007.[7]