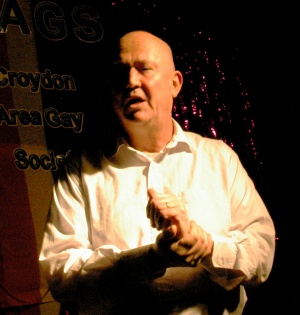 He attended Highgate School and studied English and Drama at St Edmund Hall, Oxford (1968–1974) where he "did pretty much nothing else except perform, direct and write revues and cabaret."[1]

He had been running gay theatre companies since 1975; in 1987, when Gay Sweatshop was folding, he set up Homo Promos: the name was a reaction against Section 28 which aimed to ban the "promotion of homosexuality".[1]

In 2010 he was contracted by CHE to write the official history of the organisation.[2] Volume One of Amiable Warriors was published in February 2015.

In 2021 Islington Pride created a plaque in Huntingdon Street, where Presland had lived, to honour his connection to the borough [3].