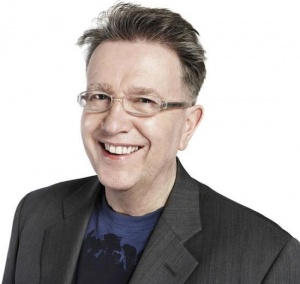 Tom Robinson
Tom Robinson (born 1950) is a singer-songwriter, perhaps best known for his song "Glad to be Gay" (released 1978).

He was born in Cambridge and attended Friends School Saffron Walden. He was lead singer in the Tom Robinson Band. Currently he is a presenter on BBC Radio 6.

At a party for Gay Switchboard in in 1982 he met Sue Brearley; they later married and had children. However Robinson has denied being bisexual, describing himself as "a gay man who happens to be in love with a woman".