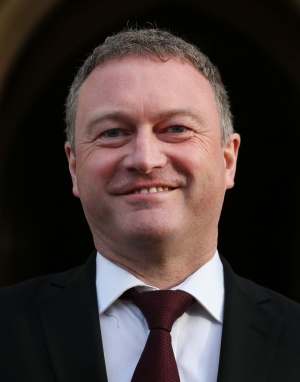 Steve Reed
Steve Reed (Steven Mark Ward Reed, born 1963) is a Labour politician. He was leader of Lambeth council from May 2006 to 2012 and a deputy chair of the Local Government Association.[1] He became MP for Croydon North at a by-election in 2012.

In May 2010 he launched a consultation on plans to turn Lambeth into the country’s first "co-operative council"[2][3] intending to deliver better services more cost-effectively by giving more control to communities and service users. This was reported in The Guardian as a possible new model for Labour in local government.[4]