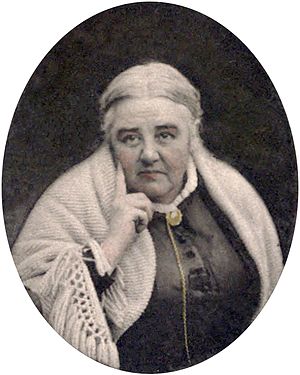 Sophia Louisa Jex-Blake (1840–1912) was an English physician, teacher and feminist. She was one of the first female doctors in the United Kingdom of Great Britain and Ireland, a leading campaigner for medical education for women and was involved in founding two medical schools for women, in London and in Edinburgh, where she also started a women's hospital.

She was born at 3 Croft Place Hastings on 21 January 1840, and educated at private schools and Queen's College London.

Despite a nineteen-year age difference, Jex-Blake was the romantic partner of Dr Margaret Todd. Upon Jex-Blake's retirement in 1899, they moved to Windydene, Mark Cross, Rotherfield, where Dr Todd wrote The Way of Escape in 1902 and Growth in 1906.