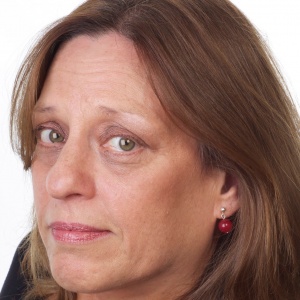 Shelley Silas
Shelley Silas (born 1959[1]) is a playwright. She is the wife of Stella Duffy.

She was born in Calcutta, India, but the family came to London when she was two and was brought up in Golders Green.[1]

In 2002, she won a Pearson award and was writer-in-residence at London's Bush Theatre. Her stage plays are published by Oberon.

Her work for BBC Radio Four includes The Sound of Silence (short-listed for the 2003 Imison Award,[2] creating and co-writing The Magpie Stories;,[3] adapting Hanan al-Shaykh's novel Only in London and co-adapting Paul Scott's The Raj Quartet (with John Harvey).

She has also compiled and edited an anthology of short stories, 12 Days, published by Virago Press.