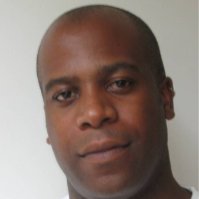 He took a doctorate from Oxford focusing on exclusion from school. He was Director of the Runnymede Trust from 2009 to 2014.[1] He has also been been Chair of governors at a South London primary school, Chair of Naz Project London, a Trustee of Stonewall, and a member of the Commission on 2020 Public Services.[2]

"Rob Berkeley is director of the Runnymede Trust, which builds trust between minority ethnic communities and policymakers. He is also chairman of the Black Gay Men's Advisory Group."[3]