From LGBT Archive
(Redirected from Republic of Ireland)
Jump to: navigation, search 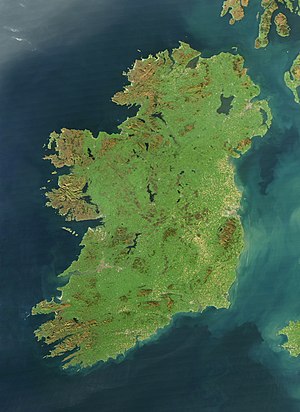 Ireland, in the sense of the whole island, came largely under English rule from the 12th century onwards, and Henry VIII assumed the title of "King of Ireland" in 1542. Ireland was governed by its own parliament until the 1801 Act of Union (which Lord Castlereagh took a leading role in promoting) united it with Great Britain to form the United Kingdom of Great Britain and Ireland. Since the partition of Ireland in 1922, Northern Ireland remains in the United Kingdom, but the Republic is an independent state, with its capital at Dublin.

Many British laws remained in place in Ireland after independence, notably the Criminal Law Amendment Act 1885 which introduced the offence of gross indecency. Male gay sex was decriminalised in the Republic by the Criminal Law (Sexual Offences) Act, 1993 (with an age of consent of 17), Civil partnerships were introduced in 2010, and on 22 May 2015 the voters in the Republic endorsed a constitutional amendment, opening the way to same-sex marriage.

For convenience, this Wiki generally covers all-Irish matters until partition, but only Northern Ireland thereafter, with a few exceptions.