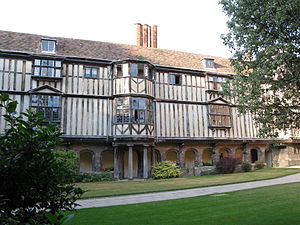 The President's Lodge
Queens' College Cambridge is a constituent college of the University of Cambridge.

LGBT History Month 2016, with its theme of Religion, Belief and Philosophy, was launched in November 2015 at an event in Queens' College.