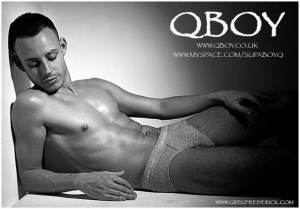 In his early years, Brito was editor of the website gayhiphop.com. He has written for Gay Times, Attitude and The Pink Paper. In 2005 he presented a documentary on "The Rise Of Homo-Hop" for BBC Radio One.[1]

In February 2007, he presented the much acclaimed TV documentary Coming Out to Class for Channel 4 based on his own experiences of homophobic bullying at school.[2] It led to an Early Day Motion in parliament the day after its screening.

He was listed under "Young, gifted and gay" in the Pink List 2008. The citation said:

"The Essex-born rapper is one of only a few openly gay hip-hop artists, forming part of the new sub-genre known as homo hop. Organised PeaceOUT UK, the first gay hip-hop festival in Europe."[3]