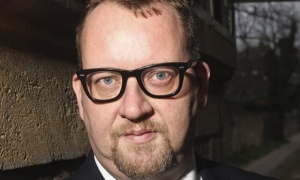 He was born in South London but spent much of his childhood in Sheffield. He studied at Lady Margaret Hall, Oxford before taking a PhD at the University of Cambridge. He worked as a clerk at the House of Commons but was fired for giving an interview to a gay magazine.[1]

He has written a number of novels, and is a regular contributor, columnist and book reviewer for newspapers and weeklies such as The Guardian, The Spectator, The Mail on Sunday and The Independent. He is Professor of Creative Writing at the University of Bath Spa. From 2005 to 2012 he taught creative writing at the University of Exeter. He has edited new editions of numerous classic works of English Literature, such as those by Charles Dickens and Nancy Mitford