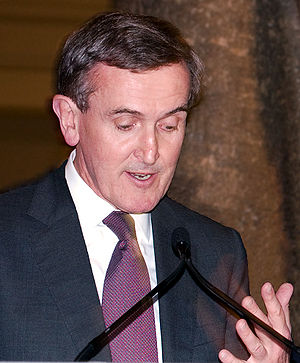 He studied at New College, Oxford, Paris and Edinburgh, and then at the Courtauld Institute, whose Director, Anthony Blunt, described him as the "most brilliant pupil he ever taught". [1] He became editor of the Burlington Magazine, and Director of the National Gallery. Since 2002 he has been Director of the British Museum. He has presented three television series on art, and the BBC Radio 4 series A History of the World in 100 Objects.

"Saint Neil continued faultlessly as director of the British Museum, picking up the £100,000 Art Fund prize on behalf of his employers for the brilliantly inclusive A History of the World in 100 Objects project, as well as initiating yet more upmarket blockbuster exhibitions."[2]

He retired from the British Museum in 2015.