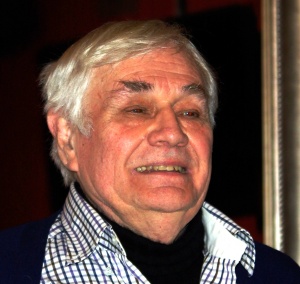 Michael began his acting career with BBC radio in 1949 and worked for Forces Broadcasting in Egypt and Libya. In 1957 he received the Laurence Olivier Award, in the company of Vanessa Redgrave and Judi Dench. He joined the Old Vic, toured Russia and Poland, and worked at the Royal Court and the Chichester Festival with Laurence Olivier. He appeared in West End plays, TV, and films including Nightwatch. After a long West End success, he toured the Indian subcontinent and South Africa. In 1975 he become visiting Professor of Arts at the University of Utah, USA. In recent years, he has concentrated on writing plays, poetry and several novels – as yet unpublished.[1]

Michael ran the September Group for older gay people for the last 15 years of its life.[2]