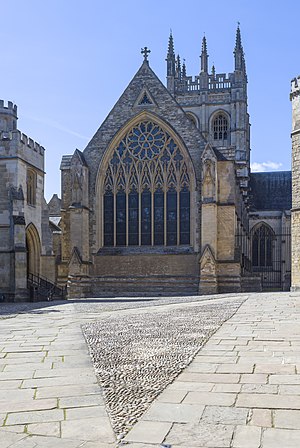 Its foundation can be traced back to the 1260s when Walter de Merton, chancellor to Henry III and later to Edward I, first drew up statutes for an independent academic community and established endowments to support it.

The chapel contains the tomb John Bloxham and John Whytton, shown together on their memorial brass in the same way that married couples are depicted elsewhere.[1]