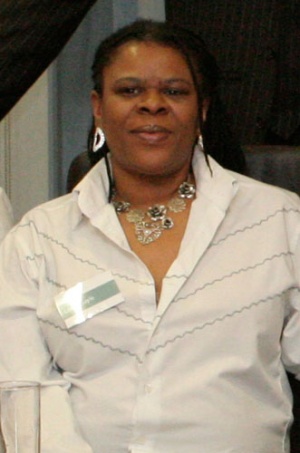 Lorna Gayle
Lorna Gayle (also known as Lorna Gee) is a black British actress. She graduated from the Webber Douglas Academy of Dramatic Art in 2003.

Lorna’s journey to date has been fast-paced; newcomers are rarely cast in such notable productions during the first three years of their career. Lorna toured with the RSC in their 2006 production of Arthur Miller’s The Crucible, which received two Laurence Olivier Awards for best Director (Dominic Cooke) and best Revival play; …the UK’s most prestigious theatre awards.

Lorna played Madame Arcarti in one of Noel Coward’s most memorable plays Blithe Spirit at The Holders Festival in Barbados. Lorna appeared in The Bill on ITV 31st July 2008

Lorna returned to the silver screen in Batman Dark Knight directed by Chris Nolan, released in July 2008. She also appeared in the ground-breaking film Fallout directed by Ian Rickson, written by Roy Williams, which was broadcast on Channel Four July 2008. Lorna made a guest appearance in the brand new series of Torchwood directed by Jonathan Fox-Bassett (BBC2). In February 2008 Lorna played a grief stricken Mother in Ashes to Ashes directed by Billie Eltringham (BBC1). She also featured in the BBC Radio Four drama Blood Sweat and Tears directed by Nadia Molinari, alongside Martin Freeman and Elaine Cassidy.