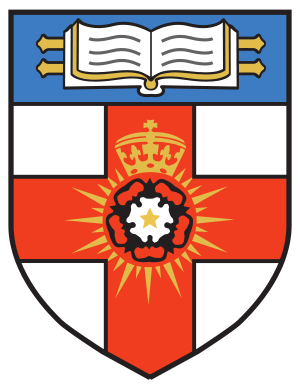 University coat of arms
The University of London is a federal university based in London, founded in 1826. The various colleges of the university now have a great deal of autonomy, and for some purposes are considered universities in their own right.

Imperial College, formerly part of the University of London, became totally independent in 2007.

The University of London Union (ULU) was founded in 1921 and moved into its main building in Malet Street, the venue for a number of LGBT events, in 1957. In 2013 it was abolished, and the building rebranded as "Student Central".