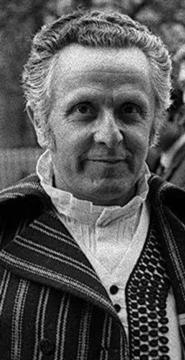 He was born in Cardiff and studied at the London School of Economics. He became a solicitor and served on Cardiff City Council. He was Labour MP for Pontypool from 1958 to 1983, and for Torfaen from 1983 to 1987. In 1963 he introduced a private members bill that simplified the divorce law.

In 1962 he began pushing for a bill to implement the provisions of the Wolfenden Report and this eventually bore fruit as the Sexual Offences Act 1967.