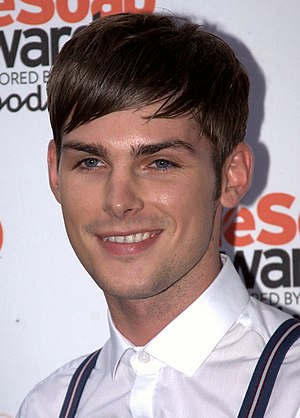 After appearing briefly in the late night Hollyoaks: In the City, Richardson was offered the role of Ste Hay in the early evening Hollyoaks where he appeared for 19 episodes. The character was written out of the show after stealing a car, which resulted in a spectacular crash and his character getting sent to prison. He returned to Hollyoaks on 25 September 2007, and has been a regular cast member since.

Richardson has also made appearances in Holby City, Heartbeat and the feature film Fragments, as well as the pantomime Cinderella as Prince Charming at The Embassy Theatre, Skegness in 2006.

Richardson took part in the 2010 series of ITV's Dancing on Ice and was paired with series newcomer Brianne Delcourt. He reached the final, finishing in third place.

On 15 September 2010, Richardson revealed on television programme This Morning that he is gay, and accepted it at the age of 20.[2] He was inspired to come out by Joe McElderry.[3]

He was listed as a "National Treasure" in the Pink List 2011.

Based on a Wikipedia page.