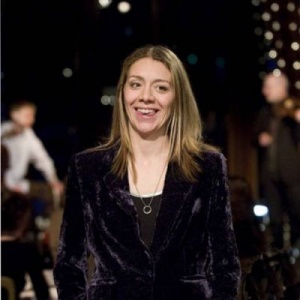 Karen Dunbar was born and went to school in Ayr. She first came to the attention of mainstream audiences in the BBC Scotland comedy series Chewin' the Fat and subsequently was given her own show by the network - The Karen Dunbar Show.

Prior to mainstream success, Karen, an out lesbian, was well known on the Scottish gay scene - at one time being the regular host of Sunday night karaoke at CC Blooms in Edinburgh.

She was one of the guest stars at Pride Scotia 1998.

In 2005, Karen Dunbar married her partner Jennifer in a ceremony in Toronto.[1]