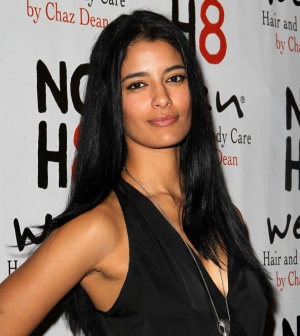 She was born in the UK of English, Irish, Indian, and Nigerian descent,[1] and grew up in London. After studying for a time at the London School of Economics she moved to Paris, then to New York and finally to Los Angeles. She is openly lesbian, and was married to the fitness expert Lacey Stone from 2011 to 2012.[2]

"Played the vampire goddess Lilith in the hit US show True Blood and also co-starred in Nicole Conn’s film A Perfect Ending. Clark studied law at the London School of Economics then switched to modelling and acting. Also the host of the weekly show Lesbian Love on AfterEllen.com."[3]