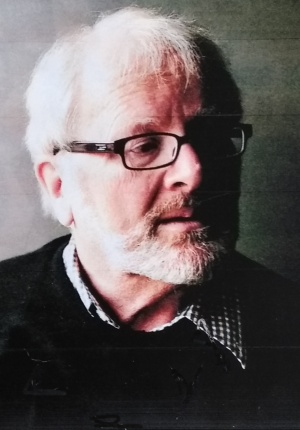 Jeremy Kingston
Jeremy Kingston is a playwright, poet, and former theatre critic. His book of poems, Risking It, was published in 2017 by Paradise Press.

He was born in London and brought up in various Home Counties before returning to live in London. Two of his stage plays have been performed in the West End and more on the Fringe, most recently Making Dickie Happy and Oedipus Retold, a double-bill consisting of Oedipus at the Crossroads and Oedipus the King (A version of the Sophocles original). After selling cookery books, working as a junior clerk in chambers at the Inner Temple, a sculpture model at the Royal Academy Schools and secretary to John Lehmann on the London Magazine, he was for ten yeas the theatre critic on Punch and then for twenty-five years a theatre critic on The Times. He is the author of two novels, Love Among the Unicorns and Sherlock Holmes and a Scandal in Batavia, as well as two children’s books. His two previous poetry collections are On the Lookout (2008) and Who Is He, Who Am I, Who Are They? (2013).