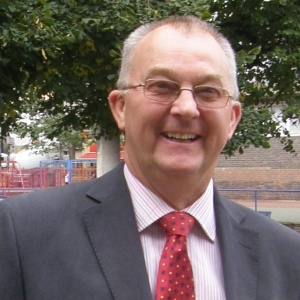 Jeff Hook
Jeff Hook, born 1954,[1] is a Liberal Democrat politician, and a councillor in the London Borough of Southwark, representing Rotherhithe.

Jeff Hook was born in Barry, Vale of Glamorgan, and had a successful career in marine engineering in the Royal and Merchant Navy being promoted to Lieutenant Commander RNR. He then worked at the Greenwich Maritime Museum and subsequently became a local driving instructor.[2]

In 2009 he became Southwark's first openly gay mayor, with his civil partner Alvin Foo Onn Lee as his consort.[3]