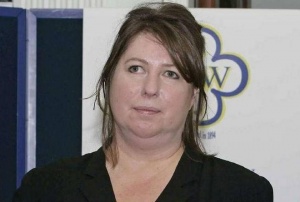 In October 2009, Moir wrote an article criticising aspects of the life and death of Boyzone singer Stephen Gately in the context of same-sex civil partnerships, and attempting to link his death to his sexuality. The article was published six days after the singer's death and before his funeral[2] and provoked much criticism,[3] |title=Mail columnist provokes homophobia storm over Stephen Gately's death |date=16 October 2009 |newspaper=The Guardian with Guardian columnist Charlie Brooker, for example, describing it as "a gratuitous piece of gay-bashing" and urging readers to contact the Press Complaints Commission.[4] After receiving a record number of complaints, the PCC announced that it would investigate.[5] [6] Moir wrote an article in the newspaper a week later entitled "The truth about my views on the tragic death of Stephen Gately".[7]

On 6 November 2009, Moir was awarded the Stonewall Bigot of the Year Award jointly with Father John Owen.[8]

On 17 February 2010, the Press Complaints Commission, whose chairman is the editor of the Daily Mail, confirmed that although it was "uncomfortable with the tenor of the columnist's remarks", it would not uphold the complaints made. The Crown Prosecution Service also concluded that there was insufficient evidence that the article had breached the law.[9] In an interview on the Today programme on BBC Radio 4, PCC chairwoman Baroness Buscombe said the commission found the article "in many areas extremely distasteful" but that the Daily Mail had escaped censure because it "just failed to cross the line".[10]