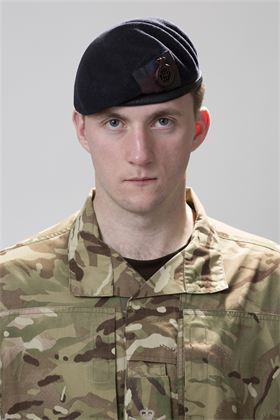 Originally from North Wales, Wharton served in the Blues and Royals (part of the Household Cavalry) from August 2003[1] until 2012.

In 2008 he was threatened with a homophobic attack by soldiers from another regiment, but was saved by the intervention of Prince Harry.[2]

In 2010 he formed a civil partnership with his long-term partner, Thomas.

He was the first gay person to appear on the front cover of Soldier magazine, the British Army's official publication, which also included an in-depth article about him.

He was written a book about his experiences.[3]