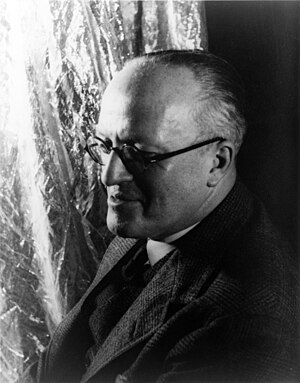 Walpole was the son of an Anglican clergyman, intended for a career in the church but drawn instead to writing. Among those who encouraged him were the authors Henry James and Arnold Bennett. His skill at scene-setting, vivid plots, and high profile as a lecturer brought him a large readership in the United Kingdom and North America. He was a best-selling author in the 1920s and 1930s, but has been largely neglected since his death.

After his first novel, The Wooden Horse, in 1909, Walpole wrote prolifically, producing at least one book every year. He was a spontaneous story-teller, writing quickly to get all his ideas on paper, seldom revising. His first novel to achieve real success was his third, Mr Perrin and Mr Traill, a tragicomic story of a fatal clash between two schoolmasters. During the First World War he served in the Red Cross on the Russian-Austrian front, and worked in British propaganda in Petrograd and London. In the 1920s and 1930s Walpole was much in demand not only as a novelist but also as a lecturer on literature, making four exceptionally well-paid tours of North America.

As a gay man at a time when homosexual practices were illegal in Britain, Walpole conducted a succession of intense but discreet relationships with other men, and was for much of his life in search of what he saw as "the perfect friend". He eventually found one, a married policeman, with whom he settled in the English Lake District. Having as a young man eagerly sought the support of established authors, he was in his later years a generous sponsor of many younger writers. He was a patron of the visual arts and bequeathed a substantial legacy of paintings to the Tate Gallery and other British institutions.

Walpole's output was large and varied. Between 1909 and 1941 he wrote thirty-six novels, five volumes of short stories, two original plays and three volumes of memoirs. His range included disturbing studies of the macabre, children's stories and historical fiction, most notably his "Herries Chronicle" series, set in the Lake District. He worked in Hollywood writing scenarios for two Metro-Goldwyn-Mayer films in the 1930s, and played a cameo in the 1935 version of David Copperfield.