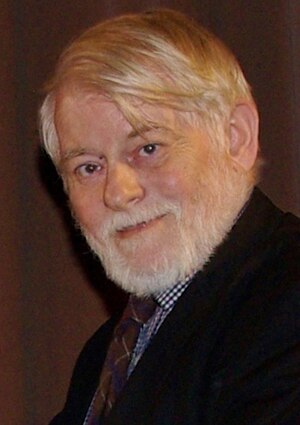 Griff was born on the 9th of November 1940 in Bangor, North Wales, and was educated at a local grammar school and then at a college of journalism in Cardiff. He worked for a number of magazines and provincial newspapers around the country, and later in the press office at the Institution of Mechanical Engineers, which he left about 20 years ago to become a freelance journalist. After retirement he threw himself into many voluntary causes, serving on committees, attending conferences, and forever asking questions at company meetings.

Griff had been a gay activist since about 1964, and was a leading member of CHE from its very earliest days. He served for a number of years as CHE's conference organiser, and led a campaign against Scarborough council which had refused to host a CHE conference.[1]

In recent years, despite ill-health, he had continued to be the driving force behind many of CHE’s activities. His final act as Secretary was to sign the contract with Peter Scott-Presland commissioning a new book about the history of CHE, a history which he had very much helped to make.

This article partly based with permission on the CHE web page: http://www.c-h-e.org.uk/griff-vw.htm